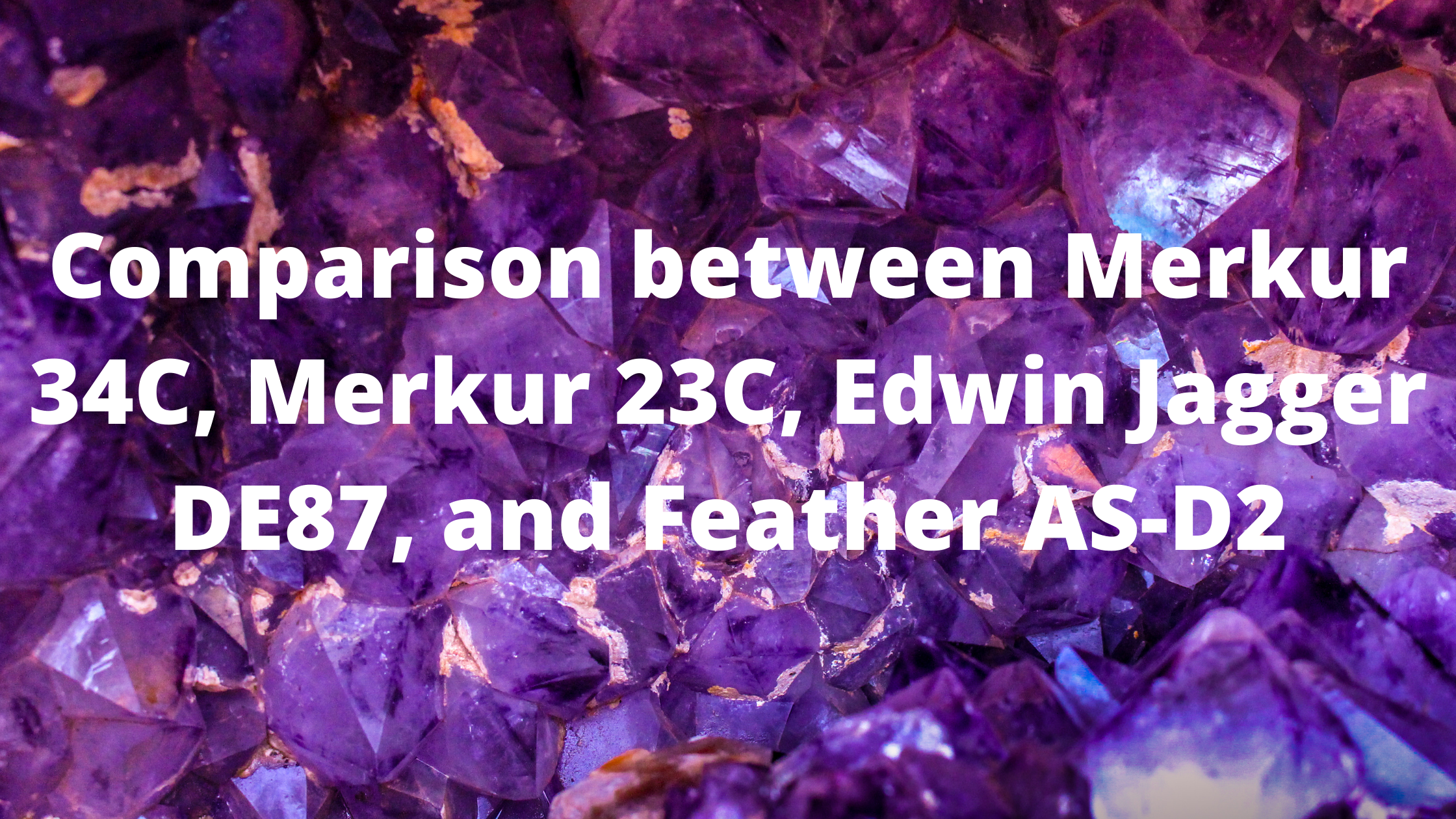 Before going into too many details, there is one major thing all the razors listed above have in common – they all give a good quality shave. Is there a level at which each of them achieves this? Being that a lot of factors contribute to what qqualifies as a good quality shave, the answer lies in the difference between the four razors and will be discussed in detail below.

Irrespective of the prices of each one, they offer unique selling points that distinguish them from the pack of other classic razors. It should be noted that these four are some of the best classic shaving razors around.

It is also true that personal preference is a huge determining factor in choosing your preferred shaving razor. However, these razors have unique features that stand them out from the others.

To compare each of these razors, the strengths and weaknesses of each one will be discussed.

The 3” long handle is considered too short by some people, however, the short handle serves a function that allows for easy maneuvering of the razor during shaving.

The heavyweight and the short handle are not the only notable things about the Merkur 34C, other features include;

The Merkur is undoubtedly one of the most popular among beginners and pros alike, there is no doubt that these features are some of what makes it stand out among others.

Just like a word andit’ss opposite, the Merkur 23C offers alternative features to what many may consider as the downsides of the Merkur 34C and a few other features as well.

The 23C is considerably lighter than the 34C, it also has a considerably longer handle at 4”, suitable for those with large hands. It may not be as popular as the Merkur 34C it sure has its enthusiasts too, mostly new wet shave enthassists.

Highlighted below are the standout features of the Merkur 23C.

The Edwin Jagger brand is a pride offering of the Sheffield Steel Industry, an industry that has mastered the art of excellence associated with English craftmanship. The Edwin Jagger razor is fast rising to become one of the popular wet-shave razors globally. The DE8 series from which the DE87 belongs is particularly the most sort-after model.

The double-edged DE87 safety razor stands out among other wet-shave razors for many reasons, the features, as highlighted below should say much about why this is so.

It is easy to get discouraged quickly by the price of the Feather AS-D2. However, what it lacks in considerate pricing is made up for by the great balance and the comfortable shave it gives at every use. It isn’t expensive if it’s worth it.

Unlike the others made with Brass and finished with Chrome, the Feather AS-D2 screams luxury with the Stainless Steel made appearance. The second-generation safety razor from feather is equipped with modern features alongside a modern design.

The four razors discussed above all offer great value for money by producing good quality shave at every use, provided that they are well maintained.

Set type: All the razors except Merkur 34C are three-piece set design

Aggressiveness: Unsurprisingly, they all have a moderate medium aggressiveness. They still end up giving a close shave, pro shavers who need a closer shave should use a sharper razor blade.

Safety: They all have a closed-comb head design, giving a safer shaving experience during each shave.

Handling: Handling is made easier with the knurled chrome finish on Merkur 34C and Merkur 23C, knurled stainless steel finish Feather AS-D2, and an ivory-designed handle on the Edwin Jagger DE87.

They all give a close and comfortable shave.

For the people who have been practicing the culture of classic wet shaving for some time, choosing a razor goes beyond aesthetics and appearance, the little things like handle length, weight and handle design matter in determining how well the shaving would go. For beginners, seeing the features, the pros and cons of each razor gives an idea on how well using it would go. Either way, any of the above razors would always come in handy and do their job beautifully when called upon.

If you are someone who wouldn’t care much about the price, the Feather AS-D2 takes the cake, it not only does the job, it also comes with an assurance of quality and durability. Chrome finished razors have the tendency to peel-off in the long run due to consistent humidity, the stainless steel razors on the other hand can handle diverse conditions better. If well taken care of, chrome finished razors can last a lifetime, just like stainless steel, just with a little less assurance.

Some may argue that the cheaper razors do the same job just as well as the Feather AS-D2 for far lesser prices, well, that’s why it us termed a luxury razor, it offers more than just a good shave, as noted above.